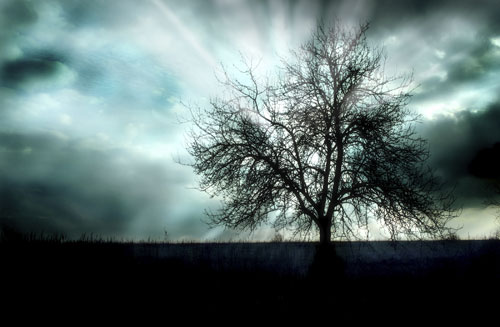 First pre-game segment! If your character responds, you get the segment.

First pre-game segment! If your character responds, you get the segment.

...Hey, watch it! Wotcha gotta run into a body for, you? Lord Jesus and perpetual virgin mother, you heathens is clumsy.

[The girl is about fourteen, and dressed modestly in baggy clothes. Her brow is furrowed as if she were concentrating intently and were annoyed by what was on her mind. She chews her gum and you can smell the texture, rubbery and oversweet, as she scrutinizes you. It occurs to you that she's really an odd type to go for the whole religious cult thing.]

Pfft. Lookie, ya wanna be saved when he descends then yuz better learn some basic motor skills. He don't like oafs as can't control their feet. Well, ain'tcha gonna say somethin'? Like an apology maybe? I've got things to do and people to save.

[She taps her foot waiting. What an annoying little brat.]

[Ha! Circle gets the square!]

Dylan grinned at the girl. He was undecided whether she was simply and genuinely upset, or just out to start something. He shrugged. He looked the girl up and down. She was almost comical.

"Sorry, I guess. No need to bring the fire and the fury upon me. I repent, I repent. Don't you have some long division homework to do or something? Stay in school, children."

His shoe made a grinding sound on the concrete as he started to turn on his heel and walk away.

[Dylan walks out the mouth of the alley to the bustle of the main road, more amused than anything by the cockiness of the child. It isn't until he's several meters away that it strikes him what's off about her, aside from the obvious disjunction of kiddie punk and hard religion--He hadn't tried to puzzle her out. Not at all. He whips around, muttering a curse under his breath, but she was long gone. ]

[For most men, such a lack of curiosity wouldn't have been noticed. People overlook other people all the time and don't really need to question the whys of it any more than they would question any other reflexive action. But for Dylan, such carelessness was not the norm. He'd purposefully deconstructed that kind of casual passivity, and it irked him like hell that he hadn't noticed anything odd about the girl until too late.

He patted his pockets... To his surprise, his wallet was still there. Huh. He blinked..... there was a flyer in the front pocket of his backpack. It looked like the ones the girl has been toting. He took it out, inspecting it closer.]

**ORDER OF THE IMMACULATE RESURRECTION**

[Accompanying the boldface text was sort of a logo. It looked like a bird superimposed over a cross. Given the general religious cant he was sure it was supposed to be a phoenix--Rebirth from the flames and all that, but... well, it shook him to see a bird burning regardless of what connotations it might have for the fire and brimstone set. Didn't help the bird in the damned picture had it's beak open in what was divine rhapsody or mortal fear, either. He shook himself and unfolded it.]

**The end is coming
Even you can sense it now
Feel it in the air like a stench
When it comes, we can either burn smeared with excrement of our shame
Or in eternal glory
Welcome his coming!
With it shall come a purification
A new Eden
A necessary Renaissance
To cleanse the pores of the soil
From those who would uproot the life-veins of the Earth
Relish the return of the Mother! Relish the reign of Jesus almighty!
When the time comes, stand with the righteous!...**


[There was more of the same, but he stopped reading when he eyes caught a different note scrawled over the preachy shit on the third fold of the hand-out in loopy red marker.]

"Borrowed the iPod. Hope ya dun mind too much, you prolly have bad music anyways! And you should repent + all. Jesus even loves brainless fool pagans!
~Lacy"

Dylan turned down and alley, dropping his shoulder bag and taking off his shirt. He was mumbling to himself darkly.

"Bloody blible thumper stealing my iPod. Probably going to delete all the Stones and the Alexisonfire and all that..."

He paused as he was taking off his tee-shirt. He supposed he'd feel a bit more like Superman if he had a spandex costume...oh well. He started stuffing the shirts into his bag. Easily the most impractical thing about changing was the clothing. Pants the crow could just hop out of, but the first few times digging himself out of a shirt with only wings was a pain. He looked around at where he was. Bloody downtown, probably get my bag stolen if I leave it here. He looked around the alleyway and sighed. He started removing his belt buckle, more annoying digging out of a shirt, tailfeathers growing with no room was downright painful. Dylan sighed again. This wasn't the smartest thing, changing into Throwback in broad daylight. But he couldn't just leave his stuff here...Ah crap.

Dylan felt the cool city air create goosebumps on his skin. Okay, focus. He took a deep breath and felt a warmth erupt in him. He no longer felt the cool air as harshly, for he was covered in plumage, he stopped shifting his feet, for they were now cruelly shaped talons, he stopped feeling so modest because, hell, animals don't wear clothes. He sniffed the city air and thought one thing. Higher ground. Dylan finished stuffing his clothes into his bag and lifted off, trying his damnedest to stay within the confines of the alley. A flood of light and free space greeted him when he landed quietly on the top of the roof. He put his bag down there.

There, no one's going to steal anything up here. If anyone was looking just then, after they rubbed their eyes in shock and disbelief the creature that they saw was no more, just a harmless and innocuous crow. Dylan took to the air and started circling around the city. He thought to himself as he recalled the scent of the girl's bubble gum, and tried to taste it on the air, "Okay, we probably should have thought of a gameplan here....can't just show up nakkid, or looking like the devil himself. I'll probably just follow her home, go back, get my stuff, knock on the door, ask politely. That'll work."

[Dylan finished stowing his stuff and returned to the scene of the crime so to speak, thinking to start where the scent was most concentrated. -There-. Obviously she had been here a while. Double bubble--Who even chewed that these days? Only... At the edge of the alleyway the scent disappeared. Fuck all!

But wait. That didn't make sense. Little girls didn't get swallowed up by the Earth, even if they sorely deserved it. Beady crow eyes narrowed, searching the space.]

[The sound was coming from next to a garbage bin. The child stepped out of the shadows like a cat, albeit an ungainly one.

Now that just didn't add up. Dylan was bloody certain he'd checked there, and well.]

"I ain't never seen a naked heathen before."

[She looked amused more than scared, leaning against the side of the building studying him, obviously baiting him for an answer... ]

Shit. Shit shit. A girl finding out the truth was one of the same reasons Dylan left Pendleton in the first place. She saw everything. God dammit all to hell.

He took the opportunity to change back into something vaguely more humanoid so he could at least speak. Before the girl was what she originally saw him change into, the alien but familiar hybrid. He stared at her with strange eyes.

"Amazing. What prevents me from ripping out your windpipe now, little girl? You're more a liability than an annoyance."

[The girl moved like she was considering the fluidity of each step, only looking up once she had stepped into the light.]

"Oh, I have faith. Bein' one of the chosen of the Lord Almighty has SOME benefit. Besides..."

[She looks him up and down.] "You know that thing? Where if'n you have stage fright, they tell ya to imagine the audience in their underwear?" [Cocky grin] "It works."

Dylan shifted weight. "Do you expect me to be ashamed or something? You're the thief."

"Neh, you wouldn't be." [The girl, Lacey, took out his iPod and scrolled through it right in front of him. Now... that was just plain insolence. Dylan wordlessly reached for it, and to his surprise she let him have it, flashing him a smile]

"What? I was gonna give it back when you came to Mass next Sunday. It's for your own good in so many ways--I would have fixed your music AND given you a chance to rinse a little of the consumerist atheism out." [She was pouting in a very self-righteous way--The scary thing about the look was that it really was genuine. She might know she was annoying him--Hell, she was trying for it, Dylan could tell by the glint in her eyes. But she also thought ultimately that she was doing some kind of good. Dylan's brow furrowed... Something was decidedly off. Not just the brat's attitude, but this whole thing.]

Dylan stepped forward, inching closer to the girl. "You're completely calm. By all means you should be waving a cross at me calling me devil-spawn, but you're not. You're not even scared, not even creeped out. What exactly is your deal, and what do you want from me?"

Dylan folded his feathered arms and waited for her response, eyes scanning the girl for any little tell.

"Pssh. You country boys always think you're the baddest, strangest thing in the world. Well, I was raised on these streets, and lemme tell ya. God has seen fit to test my resolve with a lot scarier than you."

"Boy like you, be bloody handy in the good lord's work. And Jesus knows you need somethin' to show ya wat's what in this city, even if you wanna blow eternal truth an' all that. Come to mass. The address is on the flyer. Until then..... Try and remember not to fornicate in public or anything, heathen."

[Lacy stepped all the way into the light, throwing her ponytail back as if daring him to watch. And then she disappeared. Dylan was left blinking--Alright. Some sick god was obviously messing with him. People didn't disappear, on general principle. He walked forward, hands feeling for purchase and finding none. Well, fuck. He slid his iPod back into his backpack and went home.]

[It wasn't until he got him that he realized his iPod was gone again. He upended the bag in a fit of rage, but all that fell out was a fine dust of crumpled leaves.]

Similar topics
» Can You Name This Game Character
» This game sure can be adamant about wanting players to take certain weapons
» Luck O' the Bearish Instant Win Game
» The wish game
» Outcry. The shimmering game